There are various reasons why most of the Vastu principles change in southern-hemisphere. In fact no Vastu factor changes in Southern Hemisphere but Vastu For Southern Hemisphere is separately written with logical application from the traditional Indian Vedic Vastu. Therefore, the maximum care & presence of mind is needed for this crucial but very useful science. It is not the piece-of-pie for an ordinary Vastu consultant. This work needs knowledge, analysing ability, a high intellect & proper expertise. We may have seen many houses in Southern Hemisphere which are good to see but there may be some negative feeling inside the house.

In our expertise we consider the topography, wind direction, local climate, weather, yearly sun path, the seasons, the requirement of client, the local administration’s guidelines & many more factors. Hence in this way the calculations of Vastu for Southern Hemisphere become very complicated… But we assume that if we take up each factor one-by-one, the activity becomes not only perfect but interesting also. Here we will discuss Vastu for many places like: Vastu For Brazil, Vastu For Chile, Vastu For Uruguay, Vastu For Argentina, Vastu For Colombia, Vastu For Mauritius, Vastu For New Zealand, Vastu For South Africa, Vastu For Oceania, Vastu For New Guinea, Vastu For Fiji, Vastu For Melbourne, Vastu For Brisbane, Vastu For Perth, Vastu For Adelaide, Vastu For Gold Coast, Vastu For Newcastle, Vastu in Canberra. Then only we can apply the conditional Vastu tenets on every place in the world. So never copy-paste the basic knowledge on every site- Says Dr. Anand Bhardwaj

Besides the above, the physical Vastu survey on site in any country & state becomes 100% accurate because in this exercise Dr Anand Bhardwaj visits the plot and checks various energies like:

Vastu for bedroom in australia largely and mainly depends upon the room position, head direction, feet sides, room’s shape and life style. Vastu for Pooja room in Australia is also a common query in Australia. Vastu in Melbourne may be different from the Vedic Vastu which is applied in India and people often look for Indian Vastu Consultant of Vastu experts from India. The best Vastu consultant in Australia is also the factor which should be taken care. The detailed guidelines for a house are defined in the same website in separate page under construction. 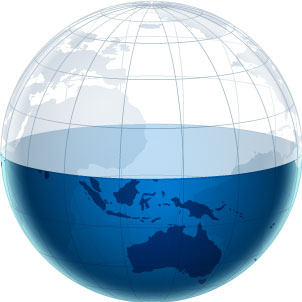