The wonderful area on the globe which has many identities, different from any other part of the world. For example, Australia is

Why to apply thumb rule everywhere?

Though it is not impossible having so many exceptional qualities but certainly the above make the country & continent exclusive in many senses. The diversity is also one of the prime features that is defined in the Dharam-Shastras that the area that is blessed with a lot of diverse natures & gives a feeling of unity in diversity is a unique feature of the nature that is very closely matching with the Vaidic Vastu Shastra. But at the same time, we have to know that any tenet or principle which is dependent upon nature should be seen from different perspective in changed scenario. Therefore, Vastu in Australia becomes peculiar & interesting subject. 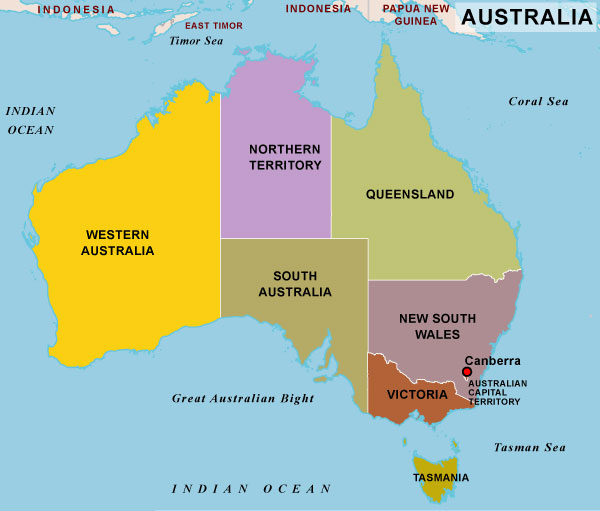 How Vastu is Complex in Australia

In this website we will discuss & explain the guidelines so that anyone may construct his house or office as per Vastu. We will also explain the Fengshui application along with Vastu Shastra. The application of Vastu becomes complex when a Vastu Shastra expert finds energy-variations on a single piece of land. In such a complex case it is not difficult to handle such a complicated situation by a seasoned Vastu consultant like Dr. Anand Bhardwaj & he has multiple remedies for the negatively constructed house or industrial organisation. It is a common question “Australia is in which Hemisphere”? So, let me once again clarify that Australia is fully situated in the Southern Hemisphere and all the Vastu principles meant for Southern Hemisphere should be applied in Australia.

It is further suggested to take into account the Numerology part also so that the house or commercial site may become more and more positive. Hence, Vastu, Astro, Fengshui & Numerology together may work wonders. Astro-Vastu is also becoming very much popular these days. Dr. Anand Bhardwaj has a very long expertise on all these occult studies & he is the perfect. Though Vedic Vastu cannot be applied as a copy-paste in south-Africa but almost 38% principles shall remain the same & almost 62% Vastu rules may be changed altogether. We will try to explain the differences & their causes in the relevant page in the same website. After reading the Vastu tips on the site one can construct the building structure very easily as per Vastu but again I shall suggest to hire the commercial services of a professional Vastu consultant who has knowledge and experience along with professional educational back ground.

Everyone residing in or planning to shift in Southern Hemisphere he should know that Vastu is the science of directions and vibrations. So, the factor like having the positive energies in Vastu and Astro-Vastu should be considered and 360-degree Vastu contains all factors which is Vastu & astrology, the Indian Vedic Vastu & Indian Astrology which may be in part considered but we defined in details the main Vastu tips on Vastu for Southern Hemisphere. If one is firm Vastu believer than it is advised that the best Vastu expert be traced on internet & then be contacted.

People of Southern Hemisphere ask me in which direction to sleep in Southern Hemisphere like Mauritius, Chile, Argentina, Australia, South Africa etc. Fengshui for Southern Hemisphere also included in the vast calculations of Vastu, Fengshui, Pyramidology & Numerology. Then it becomes very essential to search professionally clear, trained, confident, qualified, experienced as well as matured Vastu Consultant or Vastu Expert. When looking at the Vastu design or Vastu drawing on the lay out sheet he should also see and consider Numerology applied on site which may be beneficial in the long term.

Do you know it is complicated to analyse …?

It means if one is a real Vastu believer & he wants the best & accurate Vastu advice, then I strongly recommend to call us on your site so that we may check the earth energy level because if the earth energy level shall be less than 9300 units then remedies should be done at the time or before construction. However, Dr. Anand Bhardwaj also checks the 3 types of energy as parallel vibrations coming from all the directions & sub directions. Similarly, the cosmic energy should be minimum 62.5% positive. The scientific sensors & scanners should show green or yellow light & the reading of hard vibes should not cross 2.6 units. If it is so then the site becomes unhealthy and may cause serious health problems to the inmates living in the house or working in the office or industry. So great care should be taken. If there is more than 15% magnetic deviation then the site becomes unstable. These all types of energy vibrations are measured by Dr Anand Bhardwaj on site & then he advices the accurate guidelines. It means, after getting proper Vastu expertise the house, office or industry of the client shall be perfectly Vastu friendly. However, doing self-medication may always be dangerous because the client has some idea but he is not a consultant. So, I always suggest to hire the best Vastu consultant & do not compromise with the quality.
Vastu looks to be very simple BUT honestly it is very vast subject that needs the expertise, qualification, experience & intellect. That is why your self-experiment may be dangerous.

It is located in the Oceania which is located in between the great Indian Ocean and South Pacific Ocean. Australia is also recognised as the 6th. largest country on the globe occupying almost 7,686,800 square kilometres that makes it slightly smaller than the forty-eight states of the contiguous Unites States and far larger than the UK. Many million years ago the continent of Australia was separated from the bigger continent along with Tasmania. Perhaps that may be the reason that why there are few specific species found only in Australia, not in other continents like Emu, Kangaroo, Platypus (an egg-laying mammal that like water) & Kookaburra (a kingfisher like beautiful bird). Similarly, few vegetations are rare in Australia & herbs are of great medicinal values. The weather of Australia is mixed & the weather is usually human friendly with sometime more summer & more winter. It is not densely populated. Australia is the member of Commonwealth of Nations & United Nations. In world of occult sciences, it is written that Vastu is the science of directions and vibrations in main epics like Mayamattam or Mayamatta, Vishwakarma Prakash, Samrangan Sutradhar, Mansara, Vastu Ratnavali etc but those rules may be used in Northern Hemisphere.
As Vastu talks about the positive energies and Vastu-Astro or AstroVastu should be considered in Vastu and Astro Vastu which is based on Vastu & astrology but it has to see the longitudes & latitudes. Indian Vastu & Indian Astrology are very much popular in the world but their right application is a must. In this domain itself we had defined in details the main free Vastu tips on Vastu especially for Southern Hemisphere. How the best Vastu consultant will be able to define and draw the right Vastu-perfect layout plan depends upon various factors. In order to define every minute aspect of Vastu for Southern Hemisphere it is clarified in which direction to sleep in Southern Hemisphere like south Africa, New Zealand, Australia etc. It shall be additional advantage if Feng-shui is also get included in the calculations. But I can say that as professionally equipped, trained, best, qualified, experienced and seasoned Vastu Consultant or Vastu adviser should also see from all different angles the site before uttering any positive or negative comments on the site. Considering Numerology also becomes additional advantage of getting true, honest & accurate Vastu advice.

There is a common question raised by various people that “is Vastu true” & the other query is the about truth of Vastu. I remember a person in Subha Village asked few questions about Vastu applications in all the villages located in Australia. Certainly, consultants dealing in Vaastu are confident that Vastu is true & really it works. A trained Vastu has confidence in making the perfect Vastu house. So far as the Vastu design is concerned there may be many questions on different new topics emerged in modern life style like Vastu for jhula that is the swing used for the fun by all. So far as Vastu is concerned there are Vastu rules for Vastu for Jhula or Vastu for swings which depend upon the size and weight of the Jhula or Swing. We should consider all Vastu factors everywhere in the world but in tune with the nature of that location. For example Vastu Surya Bedhi & Chandra Bedhi are concerned Indian gruha Vastu or the Home Vastu in Indian mythology. The southern Vastu is also based on the energy’s other aspect of Vastu that included mythological expressions that denote God images. Vastu should also include other guidance which is on gruha Vastu plans.

Here Gruha means Griha in Sanskrit & meaning is the House called the ‘Ghar’ and ‘Ghar Vastu’ is applied there. Vastu consultant in Melbourne has to see all the Vastu effects and their Vastu cures or Vastu remedies should be appropriately defined to ward off the negative vibrations. It is an established fact that Vastu is an occult science of vibrations which are somewhat dependent on directions. If we know that from which directions the Positive energies comes as defined in Vastu & at the same time consider Astro Vastu which is a positive combination of Vastu & astrology or we may say the Indian Vastu & Indian Astrology are the best pillars of Vedic wisdom we defined in full details the primary and secondary Free Vastu tips on Vastu for Southern Hemisphere on a specifically designated page. Certainly, finding the best Vastu consultant needs some efforts on internet. On the relevant and dedicated page, we clarified many factors and there is one most important factor as in which direction to sleep in Southern Hemisphere and the countries in Southern Hemisphere like Australia and South Africa countries located in their separate continents. Fengshui also include in the calculations of Kua Number which changes in Southern Hemisphere. It means the calculations of Kua Number in Southern Hemisphere are opposite & fully different as compared to the Northern Hemisphere like China. Therefore, wise men always say that the professionally trained, qualified and experienced and matured Vastu Consultant should consider the relevant parts of Numerology also in Southern Hemisphere so that additional benefit may be availed.

It is really very crucial & a big question as to which Vastu consultant is good & which is novice. Australia has two mainland territories and few more territories & six states namely New South Wales, South Australia, Victoria, Tasmania, Queensland and Western Australia. Vastu remains almost same in all of these with a little deviation. The Australian Capital Territory & Northern Territory are the main two territories of Australia and same Vastu tenets to be applied in these. The main & major cities of Australia are Brisbane, Perth, Sydney, Melbourne, Darwin, Hobart & Adelaide. Canberra is the largest inland city & the capital of Australia. Sydney is the largest city in terms of area in Australia. So far as Vastu for all the above is concerned, we can apply logical Vastu in all of these. Though there may be hundreds of topics with respect to Southern Hemisphere but we shall pick up few of them for example: